Learning the Law, and the Trade 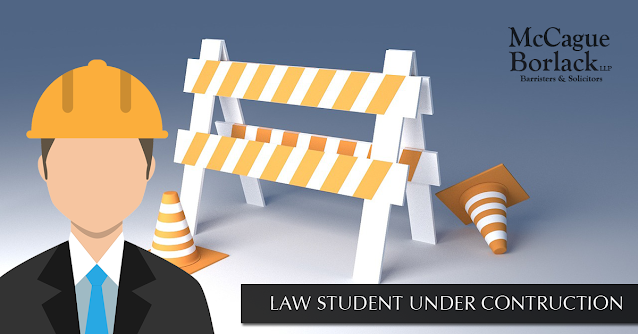 During my summer at MB, I was actively involved in several Small Claims Court files (topics of the files mentioned in this post have been changed due to confidentiality concerns). This was an interesting experience, but also a difficult one.

To be involved in a Small Claims Court file, charged with reviewing the evidence and assisting in the matter, was a daunting task. However, what I soon found more daunting was the knowledge required to complete the claim.

In one file, the matter concerned technical issues in a certain trade. Claims of negligence, improper workmanship, and general inefficiencies were thrown around. I may be pretty handy with repairs at home, but the skill with which these individuals were working, the specificity and specialization of their trade, it was something I had absolutely no knowledge of. Law school had prepared me to know the standard of care, but the details of that standard, the specificity of it in person, in this specific trade, was something I knew nothing about.

This was magnified in another case that demanded specific performance. We knew what the client had to do. We could name it, inform the client that it needed to be done, and we could supervise as they conducted the work. We even knew what it would be like when it was finished. We knew point A (where we were) and point B (what it would look like when the task was completed). But, in a very real sense, I had no idea how exactly to get from point A to point B.

My knowledge of the steps required to complete the specific performance was derived from the information provided to me by the client, and the evidence accumulated during the progress of the claim. It goes without question that I familiarized myself with the legal boundaries involved in the claim, but oftentimes, it seems the law establishes these boundaries without defining the specific steps required. So, sure, I could say with confidence that the client could not leave all the excess drywall in the middle of the road. However, if they told me that removing it with an electrical knife was more efficient than a sledgehammer, I wouldn’t be able to disagree in any meaningful way.

When we encountered difficulties in undertaking a specific method of performance, it was the client who suggested an alternative method. Of course, we did our due diligence on the legal impacts of this method, and we made all necessary inquiries. But when there were no legal issues, it was the client who was the expert on the matter, and it was our position to watch them do their work.

I never believed as a lawyer that I would be the master of all knowledge. Hell, I doubt I will even come close to mastering one area of law. But, to me, it was amazing to see that the law truly operates at the nexus of everything else. With a claim involving electrical work, a lawyer need not be an electrician, but having any knowledge of electrician work is quite the asset. With personal injury claims, lawyers are not doctors, but I was amazed at the breadth of my colleagues’ knowledge on medical matters (and their ability to read a doctor's handwriting!) This experience, more than any other, really hammered home the idea that it is a litigator’s position to guide the parties through the legal system, not to engage in their work.