Disclaimer: Contrary to the above misleading title, the following is not about my experiences surfing in Ottawa.

I liken my first few months articling to my time surfing in Australia. I get the same pangs of excitement and nervous energy waiting for new assignments to come in as I do sitting on my board in a calm ocean, waiting for a set of waves to roll in. Every wave, like every assignment, is different, with its own set of challenges. You just don’t know what you’ll get until it arrives. That being said, you never want to be getting in the water without stacking the odds in your favour to make sure that you are able to perform confidently in the moment.

Prepare for the Wave

You select the right gear and track the water conditions ahead of time so you are sure to take on waves that you can handle. Taking on new assignments is no different. You need a workflow tracking system that can save you from drowning in files.

At MB, we are very lucky to be given a high level of responsibility and even full carriage of our own files. While we have a great support network, through our Ottawa and Toronto offices, we are expected to keep on top of things, and when asked to take on an assignment, we’re all too familiar with assigning lawyers’ four magical words, “Do you have capacity?” Finding a tracking/tickler system has been key for me or I would be taking on more (or less) than I can handle. At each moment, I need to know each of my assignment’s outstanding tasks, its deadline as well as priority amongst other assignments. Keeping track would be daunting without a solid system in place.

Tried & True
Using Outlook’s calendar to manage assignment deadlines has been great, but for anything more than that, I needed to find an additional system. In my first week of articling, I prepared for the inevitable rush of assignments by testing various tracking systems. I tested out firm systems used by various lawyers and students from the Ottawa and Toronto offices including spreadsheets, tickler apps, scheduling apps and Outlook’s task manager. At one point I felt like the Rain Man of file management, and it got too complicated. So I simplified my approach and reverted to a ‘system’ I used during law school. It is a combination of the firm’s Practice Manager, my Outlook Calendar and some written lists. 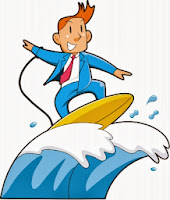 Here is my advice to Law Student Groms (that’s surf lingo for young budding surfers), who are preparing for articling; find a tracking system that works best for you and consider how it can be applied in the future. When you start at the firm, put your system in place as early as possible so when your articling term picks up momentum and the rush of files comes through your door, you will be ready.

Catching a wave (aka new file), can be daunting, but if prepared, you will be able to handle what’s to come with confidence. As it approaches, take a deep breath; find your courage, commit, and find the sweet spot for what inevitably will be the ride of your life. To quote one of the greats, Michael Angelo (the Ninja Turtle) “Cowabunga!”

Shivaan dS.
Email ThisBlogThis!Share to TwitterShare to FacebookShare to Pinterest

If I could turn back time...

Even looking back to two months ago, before we were entrenched in attending settlement conferences or mediations, meeting with clients or presenting at seminars, or whether it’s just keeping up with the day to day carriage of our files, and doing it all, here are a couple things that I have learned that I wish I would have known before:

1. No matter how confident you are in your case, opposing counsel usually feels the same way.

Now that I have been to a few settlement conferences and mediations, I have learned a lesson that all lawyers inevitably already know; opposing counsel usually thinks that they are just as right as you think you are. Now that I have come to this realization, I have increased my focus during preparation on better understanding what angle and approach the other side might take. Not only does this help me in determining deficiencies in my own case that I need to address (better I address it than have opposing counsel bring it up in court) but it also allows me to anticipate, and thus better respond to, the arguments that will be made against me.

2. If you’re not over prepared, you’re under prepared

The juggling act that we engage in before every appearance truly is a spectacle. We must be able to balance our time with our need to be fully prepared, and further with our need to act in a cost effective, yet efficient manner. However, after watching Masters refuse to grant various ex parte motions because counsel either could not provide answers to basic questions about their case or because they neglected to ensure that their pleadings were in accordance to the Rules, it appears that this problem doesn’t disappear once you are called to the bar. Being well prepared is a virtue, and although it may take some additional time upfront, in the long term it will almost always save you time, stress, and last minute research.

3. Lawyers are real people, in fact, so are partners

Now that we have experience working alongside partners and associates alike, the initial feeling of horror that we experienced when having to ask partners or senior lawyers a question is gone. Although they have significantly more experience and are much busier than us, they have no problem in answering even our most basic questions. An equally important finding is that as with most people, Partners have a sense of humour! For example, as I was sitting in a partner's office getting instructions on an assignment, he pointed to a stack of 10+ banker boxes next to me and said “that’s all the material for this file that you’ll need” just to laugh at the look of terror on my face (the file was in fact neatly stored into only 6 banker boxes).

4. Take a map whenever you walk in Toronto's PATH

At least once a week you will hear me say “I swear it was right here yesterday!” I can now draft complicated factums, argue motions and successfully attend settlement conferences, but I still cannot figure out where Yogen Fruz is!


With eight more months to the articling term, I can’t even imagine what else I will look back on and say ‘ if only I knew…”

David O.
Email ThisBlogThis!Share to TwitterShare to FacebookShare to Pinterest

As I write this, I know that many law students are going through On-Campus Interviews (OCIs) as an important stage in the Toronto second-year recruit process overseen by the Law Society of Upper Canada (the “Toronto Recruit”). For the average person, this process is considered stressful. For hyper-competitive, over-achieving, type-A law students, this process and the fallout in its wake can unhinge even the most resilient of us. Although we are only separated by two years, I am hoping to provide some helpful advice to those who did not apply or were not hired.

I won´t sugar-coat it; the time for mass hiring of law students by Toronto law firms is over.  So, yes, one process is down but there are still other processes to follow.  If you did not get one of those jobs, there are more jobs available to you.  So let’s make a plan.

TASK 1 - Confirm Deadlines
Confirm the deadlines for the other recruiting processes. It would be a shame to miss out on a great job because you missed the deadline to send in your application.

TASK 2 - Focus on School
If you applied, you may have invested a substantial amount of time into the Toronto Recruit. You should make sure that you are caught up with your classes.

TASK 3 - Recover
If you have been bounced from the Toronto Recruit, you need to recover. Relax. Do something that makes you happy. Get yourself into a good place before you put your best foot forward. 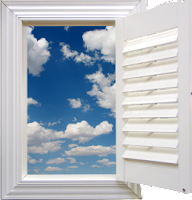 TASK 4 - Apply
Yes, apply. But where? It is a common misconception that there are only two recruits worth applying to: the Toronto Recruit and the Toronto articling recruit. This could not be further from the truth. In between these recruits, you can continue to apply to smaller Toronto firms for second year jobs, in addition to applying in London, Ottawa, and other firms in smaller cities. Next, you can apply for articling positions through formal articling recruits in Windsor, Kitchener and Waterloo, London, and Ottawa before the articling recruit in Toronto. This gives you several opportunities to apply widely.

Connections
If you are applying to a firm in a smaller city, make sure to highlight any connections you have to the region. Clearly indicate the nature of your connection; perhaps your family lives there (or did), you lived there while in school, and/or you worked in the area, etc. If it looks like you want to run to Toronto as soon as your articling term is over, a firm will not want to invest in you. Smaller centres have a lot to offer young lawyers and should not be ignored.

Research or Volunteer
If you are dead-set on Toronto, but are ultimately unable to find a second year position with a firm in the Toronto Recruit, you still have options available to you. You may be able to find employment as a researcher for a professor or as a case worker at a legal clinic. If all else fails, offer to volunteer at a law firm or legal clinic. The experience and references that you gain will make you more competitive in the upcoming articling recruit. While there are lots of jobs in the formal Toronto articling recruit, I know many law students who found positions long after it was over. Ask your career services department at school for help keeping on top of positions as they become available.

Overall, the majority of you who are looking will find jobs between now and the start of the articling term. While living with uncertainty can be stressful, there are many opportunities in front of you. I wish you the best of luck as you explore them.

Thoroughly revised resumes, a conference centre full of curtain enclosed cubicles, nervous law students pacing hallways, announcers broadcasting “your 17 minutes are up,” and here you are – in the middle of OCIs – a.k.a. On Campus Interviews. It is that time of year again.

OCIs are often likened to speed-dating where interviewers from forty or more Toronto firms await eager law students who have mere minutes to wow them. As anyone can imagine, preparation is not only necessary for each firm’s interview, but also for surviving the day. As you are competing with classmates, and your family is bewildered by the concept of “speed-interviewing”, planning for OCI’s is very isolating. So, I surveyed my fellow MB articling students, who all snapped up a summer gig at MB through their OCIs, and here is some seasoned advise to all OCI-ing students. 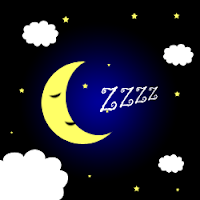 Good Luck everyone and happy OCI-ing! I hope to see you in November!