Last year as a summer student, I wrote a blog titled Carriage of my first file. It was about the shock factor, the wow factor, and once I got over both of those, how to actually deal with my very own small claims file from its inception. This year, as an articling student for less than three months’ time, I not only have been assigned my own small claims files, but I have already experienced the marvelous feeling of settling my first file at a settlement conference, one of the mandatory steps in the litigation process for small claims matters.

When I was given this subrogation file at the beginning of my articles, the plaintiff’s claim had already been filed with the Small Claims Court clerk, issued by the Small Claims Court clerk, and served on the defendant. I was tasked with taking over this file in the middle of its lifespan, which entailed reading through the correspondence, pleadings, and client documents to determine what stage the file was at.

After contacting the client and defendant’s counsel to inform them that I would be assuming carriage of this file, I was excited to learn that a settlement conference was the next major step. As this was my first settlement conference, I knew I had to be thoroughly prepared, not knowing what to expect. Luckily, a few days before the settlement conference, a senior associate offered me insight on what exactly goes on at a settlement conference and how I can best prepare myself. Another associate lent me his guide to small claims litigation, which was very useful in understanding the procedural aspect. Fortunately, at McCague Borlack, there are so many instances like these where associates and fellow articling students offer guidance and encouragement every step of the way. 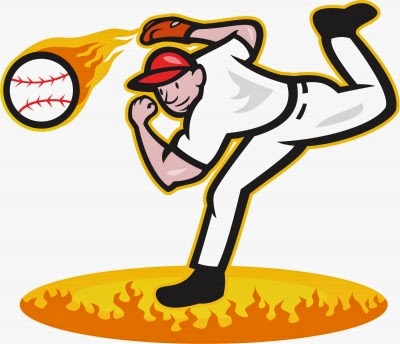 On the day of the settlement conference, I arrived at the Small Claims Court 45 minutes before the scheduled time. I wanted to ensure I gave myself ample time so I wouldn’t have to rush and add that stress to my already nervous self. I read over my notes and went over in my head what our position and strategy were.

No matter how prepared I might have been I learned that day when I was in front of the deputy judge that even in Small Claims Court unexpected situations may arise. With my analytical reasoning and persuasiveness, I was able to properly respond to the curveballs the deputy judge threw my way. After one hour of negotiating, we reached a favourable settlement that the client was happy with!


Brittany S.
Email ThisBlogThis!Share to TwitterShare to FacebookShare to Pinterest

What Can Come With Change! Summer vs. Articling

It’s McCague Borlack's 20th anniversary this year and just to know how far they've come, I’m writing this blog in their Ottawa office, one of the cities MB has expanded into since the firm’s inception.

When I applied to the Ottawa office last year for a summer position, I was both intrigued and excited. Here was a reputable Toronto-based firm that just had expanded into Ottawa, my beloved hometown.

I suspected that given the newness of the Ottawa office, I would have an opportunity to form good relationships with the lawyers I would work with and be provided considerable responsibility as a student. Let’s be honest, during your articling period, you spend a lot of time at work, so relationships with other firm members and having challenging work assigned certainly helps. And my suspicions about how my summer experience was going to be at MB turned out to be true.

However, since last summer, the Ottawa office has more than doubled in size. I have to admit, initially, I couldn't help but selfishly think about what this all meant for me - the only articling student in the Ottawa office. Questions started to fill my head: Would I ever get to see the top of my desk again or will it be buried under all the new work coming in? Would I be recognizable to my family when they saw me next? Would all the great projects I was looking forward to being transferred to the other lawyers? Would the new members of the firm like my work and me?

So far I've completed at least two months of articling and I’m still intrigued and excited, these worries of mine… well most of them… have faded away. I've learned more in these last two months about the law than I would have ever expected... and sometimes liked. The lawyers have been good at assigning me interesting work and, I think, I've also been good with prioritizing tasks. 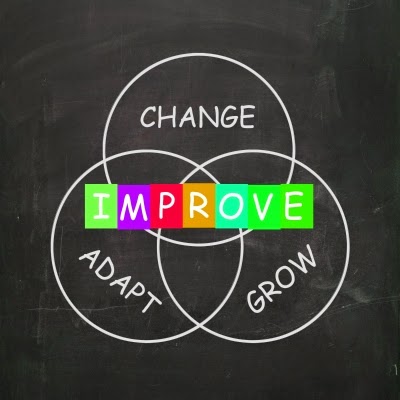 Additionally, I've been able to tag along to trials and examinations conducted by the lawyers here and I've been able to observe their differing styles. I've also already done my first settlement conference and appeared before the Provincial Court. Plus, I have my first trial scheduled in November!

It’s not to say that I have no more worries about articling (because that would be a lie!). They've just been replaced by new ones, like making sure I get that pleading or reporting letter out in time or making sure to draft that coverage opinion correctly (all under great mentorship and supervision of course).

While things have changed considerably for me since the last summer, I've learned that change can be good. Oh, and I’m happy to report that my family still does recognize me.

Sam M.
Email ThisBlogThis!Share to TwitterShare to FacebookShare to Pinterest

The importance of mediation and above all the cooperative approach to mediation is impressed upon us tirelessly throughout law school. As a student, however, it’s easy to question the practicality of this, feeling that the approach taken in law school may be a bit too idealistic. After all how realistic could those in-class role-play mediations be when it comes to real cases?

As an articling student who is just a month and a half into my articles, I (like others before me) have admittedly underestimated the potential that mediation holds in the litigation process. I have attended mediations before and seen their possible benefits as one of many steps in the litigation process. Yet, I realized their true potential this month when I accompanied an associate to a mediation.

I was informed prior to this mediation that there may not be as much excitement as I was hoping for and that this mediation was unlikely to be successful given that the parties weren’t making much progress in reaching a middle ground. However, as a student presented with the opportunity to attend mediation (and let’s be honest, an excursion out of the office), this did little to deter me.

Throughout the preparation for the mediation, I observed that regardless of what was, in the lawyer’s mind, the likely outcome of the mediation, he prepared diligently and above all impressed upon me the need to mediate in good faith (no matter how unlikely settlement may seem). The day started with strong opening statements from both counsels confirming the long road ahead before a settlement was likely to be reached. However, the lawyer I was accompanying made it a point to assure all parties that we were there to mediate in good faith with the hopes of reaching a settlement – even in the face of such a daunting and seemingly impossible task. This small gesture of honest and open good faith was in my mind not only a surprising response to the harsh tone of the opposing parties but had the power to change the tone of the entire mediation. To everyone’s surprise, a few hours later the impossible seemed to have happened – the parties reached a settlement! 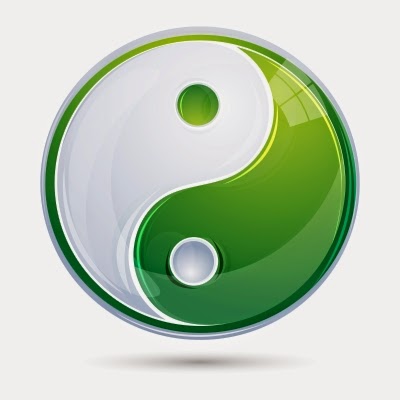 Even before this experience, it would seem like a no-brainer for many that mediation is of course an important tool and step in litigation. After all, most cases settle before trial and clients are often happier with this approach as going to trial is a lengthy and expensive process. However, what I really earned from this experience is the importance of never underestimating how a show of good faith can be a game-changer in any mediation and can turn the possibility of settlement into a reality.
Divya K.
Email ThisBlogThis!Share to TwitterShare to FacebookShare to Pinterest

If you have been following the student blog, you may know that 2014 marks the 20th anniversary of McCague Borlack LLP. In honour of its 20th anniversary, the firm has planned 20 events throughout the year to commemorate the 20 years since the firm was founded.

Last Saturday, the firm went on a boat cruise around Lake Ontario. The cruise ship was called Captain Matthew Flinders: the largest and grandest of all ships at the Toronto harbour. As we boarded the majestic ship on a very mild autumn night, it was difficult not to appreciate the beauty of the downtown Toronto skyline when viewed from the harbour front. The ship started to sail and we began our evening journey in great company.

The turnout was wonderful: everyone from partners, associates, clerks and articling students, assistants and office services attended. Guests and significant others were welcomed as well and it was wonderful to finally put faces to the names often mentioned by my colleagues. The food (especially the pumpkin pie) was fantastic and the music was fun.

Looking back, I realize that Saturday night was a great opportunity not only to celebrate the firm’s achievement and important anniversary but also for the people that make up MB to get to know each other a little better. Celebrating milestones such as a successful two decades together and getting to know each other outside of the office fosters teamwork and collegiality at the office. It was wonderful to see everyone at MB take pride in our exciting, supportive and team-based culture. 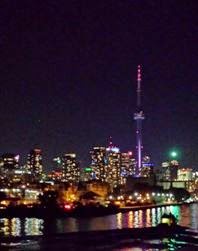 Without the ritual of celebration, it’s difficult to see how far you have come. I started thinking about what this celebration meant and how it defined the culture at MB. There is no doubt that much has changed over 20 years, but a constant that has remained unchanged at MB is the collegial environment and the amazing people. On Saturday night, I had an opportunity to experience the unique collegiality of MB as it transcended the walls of the office and we all gathered together to celebrate this important milestone as a team.

Of course, the night would have been impossible to achieve without the dedication and hard work that went into the planning. The boat cruise, which no doubt was an organizational feat in and of itself, led me to appreciate my colleagues at McCague Borlack LLP even more.

Overall, it was an excellent night and I look forward to celebrating many more milestones aboard the MB journey.