This past September, I was fortunate enough to be offered what many articling students and even young lawyers only dream of in their first years of practice. One of the lawyers in the Ottawa office had a three-week trial coming up, and it was just my luck to be asked to assist. So only one month into my articling term, I began my participation in the wild ride that is a civil jury trial.

The case involved a motor vehicle accident in which the plaintiff had been hit from behind by our insured. The damage to both vehicles was negligible, but the plaintiff alleged that the minor injuries she had suffered as a result of the crash had developed into chronic pain, thereby altering her life and making her unable to work. Although I could go into detail about the legal and technical aspects of the trial, instead I'll touch on the more human elements that I found notable throughout my experience...

Gloves Are Off
Although counsel for either side is 100% committed to their client’s position, it was interesting to see the interactions between lawyers when the gloves are off. Every conversation remained pleasant and respectful, without an ounce of animosity between them. These were experienced “colleagues” who understood the importance of the work, yet had no interest in creating a personal feud between themselves on the sidelines. As a lawyer, you have to make use of every advantage, but that doesn’t include treating your opponent with disrespect. These lawyers seemed to appreciate each other’s company, and I must say it made for an enjoyable three weeks.

Addressing the Court
Interactions with the judge included the usual formalities, such as the bow when he enters and leaves (something I’ve yet to master), and counsel was very respectful when they addressed the court. Yet, the judge is not necessarily a godlike authority that needs to be feared; he was a person, like everyone else in the courtroom, and it was evident that he cared about the interests of everyone involved. He listened to input from both sides before making decisions and tried to accommodate everyone with regard to the schedule. He even made a joke or two!

Interests on the Line
It struck me how much emotion is involved in a trial. For the lawyers, when you consider the endless hours of preparation and the need to be mentally focused at all times, leading a trial is, as my supervising lawyer told me, “a grind”. For the jury, they have to listen to hours of testimony and are tasked with becoming knowledgeable in everything from human anatomy to actuarial calculations. Further, they have to assess the credibility of witnesses while being steered in two opposite directions by very dedicated lawyers. Last but not least, for the parties involved, it must be extremely stressful because your interests are on the line. In this case, it must have been especially demanding for the plaintiff, who had every aspect of her life dissected in front of all, for three weeks no less. 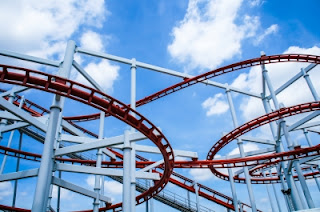 Trials can be emotionally overwhelming for anyone involved, and I now understand why the courts tend to recommend that parties settle their disputes, if possible, before it gets to trial.

Despite that, it was an amazing ride and learning opportunity, and I hope to be part of other trials in the years ahead.


Alex R.
Email ThisBlogThis!Share to TwitterShare to FacebookShare to Pinterest

Brushing your Teeth in the Shower: Time Management

1. Set Realistic Expectations – and then Beat Them: Better to say no than to disappoint. If you have conflicting deadlines, too much work or too little work, see your articling principal.

3. Seek Out Work and Stay Involved in the File: If you assisted a lawyer with a discrete assignment on a file, ask if you can assist with the next task on the file. Be persistent (and polite).

4. Master the Art of Research: Knowledge is power. Do not discount research assignments. Be thorough. Reputation is on the line with clients, opposing counsel and the court.

5. Form and Presentation Matter: How to Shadow Draft like a Chameleon.

6. Be Prepared - Read the Rules of Civil Procedure Before You Ask Questions: Lawyers expect and welcome questions regarding a particular assignment. Showing them you have thought about the issue and tried answering it yourself prior to asking the question sets you apart from other students.

7. Putting All Your Eggs in One Basket and “Repeat Business”: A Delicate Balance. 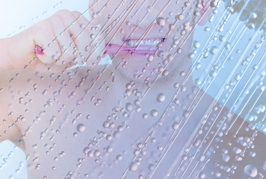 8. Roll with the Punches: We all make mistakes. Learn from them, minimize them, move on.

10. Relax and Have Fun: Carve out personal time for friends and family. Manage expectations out of the office.

First presented at the Toronto Lawyers Association's 5th Annual Articling Students Head Start Program titled "What you can do to make yourself indispensable and invaluable".
Email ThisBlogThis!Share to TwitterShare to FacebookShare to Pinterest

Hard Hat and a Brief Case

In July of this year I spent several days shopping for a new wardrobe in preparation for the commencement of my Articling in August. I spent much of the time looking at suits, ties and of course a wide selection of Happy Socks. Two items of clothing though that I never envisioned myself needing for articles were a hard hat and safety vest…

One of our firm's clients had an incident involving heavy machinery which resulted in an investigation by the Ministry of Labour. I was asked to drive out to the construction site and assess the situation as the story was unfolding on the ground. Before I left, I received my detailed instructions and was told that I could only enter the site if I was 'geared up'. As time was of the essence, I quickly borrowed steel-toe boots and the rest of the necessary safety attire and drove out to assess the incident. 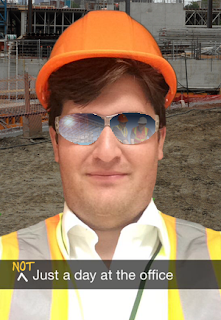 As I was way out of my comfort zone, it was humbling to realize that even with all of my years of school and training, there were many things that I did not know the first thing about and, at the same time, it brought my education to life. All those readings about the 'lawyer-client' relationship, sprung into action when I was sitting down, one-on-one with the client, reviewing strategy and discussing how to approach an ongoing and developing story.

As I drove back to the office from my site visit, I marvelled at how after only a few weeks of articling, I was charged with a task that bore great responsibility and put me face-to-face with a client in their time of need.

Aryeh S.
Email ThisBlogThis!Share to TwitterShare to FacebookShare to Pinterest

Facts: This fact pattern comes from my articling experience so far in hopes of easing the transition from law school classrooms to real world. It is intended to help the upcoming 2016-2017 MB's Articling students.

Procedural History: An Articling term typically commences in the beginning of August and comes to a stop in June. The busiest months are October, November and beginning of December because the calendar year is ending and many parties want to close their files before the New Year. The students that successfully complete their articling term get called to the bar in June.

Issue: The main issue during the entire articling term is how to successfully complete it while balancing a healthy lifestyle with the need to keep your supervisors satisfied with the work quality.

Ratio/Rule: The following is a test/checklist how to successfully complete an articling term:


Reasoning: Try to understand the big picture. Every task that you are assigned - be it arguing a motion in court or researching case law - plays a role in the grand scheme of things. Try to understand each task, what role it plays, the matter preceding it and subsequent tasks that follow it. This allows you to anticipate the next step and effectively complete the assigned task.

If you were able to successfully finish all of these so far, you are most definitely capable of successfully completing your 2016-2017 Articling term. Best of luck!