I can't believe that my articling term will soon come to an end! I can vividly remember those early days in August and wondering to myself how I was going to survive 10 months! Despite those early doubts, I have somehow made it to the finish line. I've come a long way since that first day, for example, I remember attending my first motion way back when and I was sweating, nervous and my throat had never been so dry. Today, I attended a contested motion and I managed not to sweat through my shirt and shake like a leaf! I was confident and ready to go.

When I returned to the office I was reminiscing with all the students about how far each of us has come. With that in mind, I thought it would be helpful to compile and impart some collective wisdom. Here are some of the lessons learned this year: 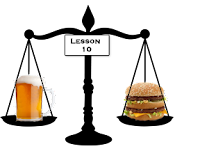 Now that I've divulged all those pearls of wisdom (you're welcome), I will sign off for now. Gotta get back to work - my articles aren't done yet...

Technology impacts every aspect of our daily lives; and the practice of law is no exception. Technology has changed how we interact with clients, how we bill and the way we carry out our everyday tasks. It didn't hit me until last week while working on some motion records, how dependent we have become on technology and what opportunities it has afforded us.

Take me for example, as an MB articling student; I am constantly doing work for lawyers from both MB offices (Toronto and Ottawa). However, because of technology, with the click of a button, I am able to access and work on files located at the Toronto office, 451 km away. Additionally, earlier this week, the Toronto office held an in-house lawyers' seminar on 'Discovery'. Despite the distance, with the help of teleconferencing, my colleagues and I in Ottawa were able to link up with the Toronto office and actively participate in the seminar in real time. Technology has clearly allowed our firm to remain one cohesive unit.  There is no MB Toronto or MB Ottawa – there is just one MB LLP!

On a daily basis, with ease and utmost convenience we can communicate with clients, counsels, peers; receive and send documents; and, gather information from across the globe. Not so long ago, a lawyer (or an articling student) conducting legal research would have to dig through large volumes of books, and spend many hours doing so. However, now, with the World Wide Web and search engines, we can effortlessly log in to legal databases and view/access thousands of decisions, articles and judgments within seconds. 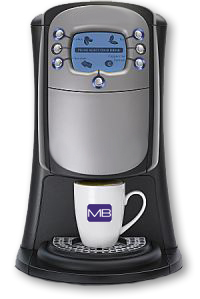 Internet, Intranet, Outlook, Elite have all become our silent assistants at the office– and help us keep organized and as productive as possible. However, technology has not just changed the way law firms conduct business, it has also changed the way Courts function, and the Rules of Civil Procedure. Now a days, motions can be booked by emailing the motions coordinator, and effective service of documents can be done via fax and/or email. Twenty years ago, email did not exist. More recently, a motion was brought on one of my files that originated in North Bay. Instead of having to travel to the North Bay Court house, I was able to argue the motion via satellite from our office in Ottawa. I also have a further settlement conference that will be conducted via conference call in the near future.

There is no doubt that technology has greatly impacted the way we practice law, and has brought the world closer together. However, even with all the new technological advancements, the technology that I am still most thankful for is the office's programmable coffee machine that consistently helps me get through the day…. Isn't technology grand?!
TG

Back to the Future...

With a paltry 8 weeks of the articling term remaining, this process has officially begun to feel like a time machine. One second you’re frantically shuffling from booth to booth at OCI interviews, smiling until your face hurts, clutching your resume like it was a life preserver, the next thing you know you’re preparing to be thrust into the world as a genuine (though it may not always feel that way) lawyer.

I reflected on this cycle of life earlier in the week as I was attending Examinations for Discovery with an experienced partner. Apart from the pleasure of getting to work with a master of his craft, it was clear that, even after all the years of practice, he still thoroughly enjoyed what he was doing. Advocacy was quite obviously what this gentleman was born to do.

This got me thinking what would have happened if he had originally set down a path towards some diametrically opposed area of law? A true litigator at heart may be woefully unhappy in a transactional contract drafting practice, just as transactional lawyer might dread the rush of court appearances. For better or for worse, this path seems to begin at OCIs, where candidates, at least in my anecdotal experience, too often emphasize “who wants me?” rather than “who, or what, do I want?”  With regard to the “what”, engaging in heated arguments with my parents over curfew, it was clear from a young age that I wanted to be a litigator. My summer and articling experience at MB have only solidified that passion. Back to the “who”, every firm has its unique characteristics. McCague Borlack is, again in my personal opinion, a true advocacy firm which, despite its growth, strives to maintain the tight knit boutique culture of its lineage. MB is the right fit for me, here’s hoping it’s mutual… 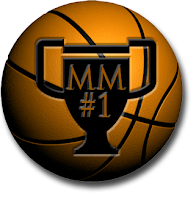 On a lighter note, it is with great pleasure, and not an ounce of humility, that I report that a team composed of myself, Faizie, and a partner, who I might add generously offered to bankroll our entry, has officially won the office March Madness pool.

Eight weeks later, many posts later and somehow we’re back to me again?! I guess it’s indicative of how quickly time goes by during articling. A lot has happened at MB in the last little while, so here’s the update:

Since the acquisition of the newly available office space on the 27th floor, the firm has been laboriously working on renovations. The transformation is almost complete and we all eagerly await the final product. The design style is ultra modern and represents a paradigm shift in the way a law firm functions. Fostering greater collaboration amongst lawyers and more effective utilization of support staff; it is both a practical and yet creative innovation. 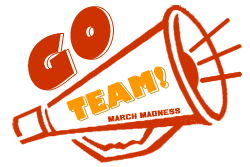 Speaking of collaboration, as Amanda mentioned in a previous post, the firm takes March Madness very seriously. Over the past couple of weeks members of the firm have intensely competed in the firm-wide NCAA Basketball pool for ultimate bragging rights. Although many basketball aficionados in the firm have already fallen it comes as no surprise that the articling students currently sit second overall with victory guaranteed if wins the championship. What can I say, the articling experience has sharpened our senses, perceptions and predictive abilities; the other competitors really had no chance.

As for me, work has been steady and manageable as of late. “Manageable” meaning that I can get in a good hard day’s work but still have the time to watch my dearest Maple Leafs make a run at the Stanley Cup. I’ve also recently had the pleasure of assisting a partner on a complex motor vehicle claim, and through this experience, I’ve been able to get an insider’s perspective on how a seasoned lawyer approaches a file. To be more specific, I have been assisting with the drafting of a defence medical brief that will be essential to our expert’s assessment of the plaintiff. Perhaps most encouraging is the fact that I am now actively invested in the development of this file and have the privilege of seeing it through to its entirety. After all, the practice of law requires exactly that, “practice”. Thus, every opportunity to observe and assist a skilled practitioner on an up close and personal basis is invaluable in making me a better lawyer than I was the day before.