Contrary to popular belief, trials don’t happen every day. However, trials are not the only opportunity to flex your litigious muscles. Another forum is mediation. I have been fortunate enough to attend two mediations so far during my articling term and assist in the preparation of two mediation briefs.

In practice, a mediation begins with both sides sitting across from each other at a boardroom table. Counsel for each side is given the opportunity to make opening statements. This is potentially the first and last time a lawyer presents the strengths of their case while highlighting the weaknesses of the other side.

The two sides then move to separate rooms which the mediator
will bounce between carrying messages such as offers or concerns.


One thing I learned in preparing for mediation is the compounding nature of a case. Everything in the practice of law builds off of the previous step. Information from the pleadings informs what will be asked at the examination for discovery while the answers and undertakings given at discovery lay the foundation for potential motions and documentary production, and so on and so forth. Preparing a mediation brief gives you the chance to get to know a file in depth and use what is in there to outline the facts and tackle key points at issue. One of the purposes of mediation, especially in Kitchener where mediation is not mandatory, is to try and settle, therefore, it represents a pivotal point in the progression of a matter.

In season 2 of the television show Ozark, the lawyer character had a clever response when being asked why she couldn’t do a certain task. The main character Marty Byrde says “I’m an accountant, I move money around” and the lawyer responded, “I’m a lawyer, I move words around.” Now, is that all there is to one being a lawyer? Of course not. But at a basic level, when trying to be persuasive and convincing, that is sometimes what you are doing. I relished the opportunity the ‘move words around’ when preparing the mediation brief and further develop my ability to frame arguments, which is a learned skill. 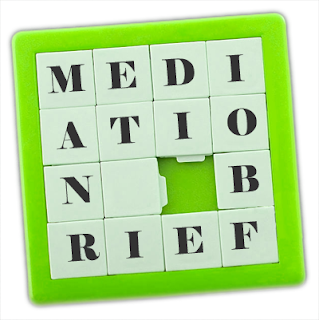 As for advice, what should come as no surprise is that my second mediation brief was much better than my first. That is a recurring theme as an articling student. In a general sense, after every task or assignment you complete, you learn something. You may not even realize it right away but the next time you are assigned that task, you will do it better. Even a 1% improvement makes a massive difference in the long run.

It will seem difficult at first but you have to welcome any challenge and treat it as the learning experience it will eventually be.

It gets easier.
Every day it gets a little easier
But you gotta do it every day – that’s the hard part.
But it does get easier.


by Theomarcus G.
Email ThisBlogThis!Share to TwitterShare to FacebookShare to Pinterest

Lessons learned at the half-way point

Somehow, it is already the halfway point for us articling students. The amount we have learned in just five months is incredible. Here are my top three lessons learned so far:

It’s important to push yourself outside of your comfort zone…

One of the many reasons we are fortunate as students at McCague Borlack is because our firm practices in a wide variety of different areas of the law. This has allowed me to have countless opportunities to assist lawyers in areas of the law that I had never studied in law school. This was a bit daunting at first, but I quickly began to love it when I was asked to assist with a type of file or task I had never been exposed to before. Similarly, lawyers at the firm have always been nothing but inclusive and encouraging whenever I have expressed an interest in learning more about a particular area of the law. If I had shied away from these opportunities, or not taken the initiative to pursue files I was curious about, I would have missed out on many lessons and positive experiences.

As articling students, we are innately overachievers and always striving for excellence. As such, it is obviously a tough pill to swallow when you realize you won’t master drafting motion materials, mediation briefs, pleadings, etc on your very first try. Or even your second. It’s important to realize that it’s okay to wobble a bit before you hit your stride. Luckily, everyone at the firm is quick to provide mentorship and share best practices. After a while, you start to realize that practicing law is exactly that – there will always be room for improvement, the law is always evolving, and articling is just the start of a career-long learning process. 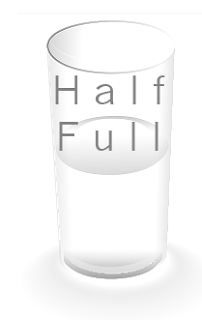 … This is why it is important to always be humble, helpful, and respectful.

Legal dramas on TV couldn’t be further from reality. During the first half of my articling, I have had the chance to observe a trial, pretrial conference, and numerous mediations and examinations for discovery. One of the most consistent things I have observed is counsel for each party working together in a respectful and courteous manner to achieve an outcome that is in the best interest of the clients involved in a matter. While it can make for a scintillating television plot, in reality, nothing is gained by treating opposing counsel as an adversary.

I look forward to the lessons the next half of articling will bring.