Our "Eat Pray Love" break in between...

Before we - The 2017 Summer Students - returned for our final year of law school, we asked many of the lawyers what would be the best way to spend our break between the bar exams and the start of our articling term.

A common (and encouraging) response was that we should
travel and experience other parts of the world.


So here is what we did: 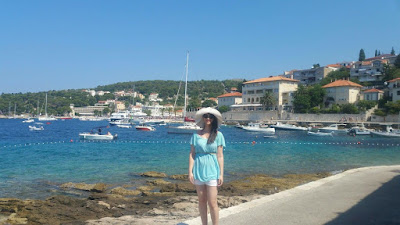 Jessica: I travelled to Croatia, Spain, Germany, and Italy. Hvar, Croatia and Barcelona, Spain are tied as my favourite cities. I met up with an old friend in Barcelona who had grown up there and she showed me all of the popular local spots. In Hvar, I discovered a “secret” beach that was only accessible on-foot after an hour-long trek through rough terrain (and of course, I was wearing flip-flops!)

In Spain, I really enjoyed the tapas. My favourites were the patatas bravas and the lobster croquette. The patatas bravas was super crunchy on the outside, but soft and fluffy on the inside. The lobster looked so good that I ordered seconds right after the first one arrived!


Emilie-Anne: I went to England, France, Greece, and Italy. My favourite city was Fira, Santorini, Greece which had the most beautiful sunsets over the Caldera.

What I enjoyed most during my trip was visiting the Louvre Museum in Paris. There are so many things to see in the Louvre; it’s impossible to view it all in one day. My favourite exhibit was the Mona Lisa (obviously). The desserts in Paris were amazing! Their sugar doughnuts put Tim Hortons to shame. 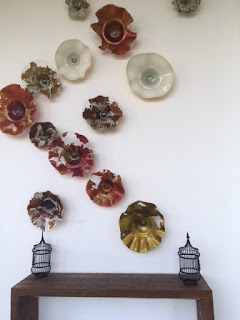 Karolina: I travelled to Playa del Carmen, then spent the rest of the summer exploring Toronto and catching up with family and friends. I hosted a food crawl across Toronto called the “Day of Gluttony”. We tried 12 restaurants in 12 hours and discovered a bunch of hidden gems. Some of my favourites were Dai Lo (Asian fusion), Pinky’s Ca Phe (Vietnamese), Seven Lives Tacos, and The Big Chill (classic ice cream parlour).


Andrew: I went to Spain, France, Netherlands, and Portugal. Paris was my favourite city because I got engaged there! I also loved the food and the architecture. I watched the world cup finals between France and Croatia in Paris and I got to celebrate the victory with the locals.

I had a really good lamb dish at a Mediterranean restaurant, also in Paris. It was extremely tender and paired nicely with Israeli wine. 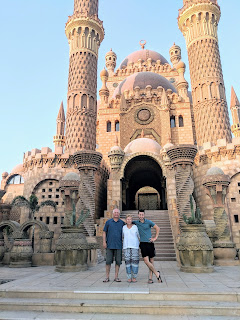 Yousef: I went to Spain and Egypt. In Spain, I visited Seville, Cordoba, and Granada to see the many historic sites that they have to offer. The unique blend of Arab and Spanish culture was really interesting to experience. My favourite activity was swimming! In Alexandria, Egypt, I swam in the Mediterranean which featured large waves that were great for body surfing. In Sharm El-Sheikh, Egypt, I had the chance to scuba dive with the fish in the Red Sea.

In Seville, I ordered chicken breast stuffed with pistachio and dates. When I ordered this dish, I had no idea what to expect, but it turned out to be great. The flavours were surprisingly complementary. I am excited to try and recreate it at home!

Although we are fortunate and thankful that we had the opportunity to travel this summer, we are eager and excited to be back at McCague and begin our articling term.

by Yousef Elsohemy
Email ThisBlogThis!Share to TwitterShare to FacebookShare to Pinterest

It is that (exciting) time of the year when law students are preparing for their applications for 2018 recruitment and are reaching out to summer law students and associates to learn about their firm and experience.

One of the common questions that I have been asked is
"How did you know you liked litigation?”

In my first year of law school, I participated in two moot competitions. It was exhilarating to step up to the podium, be tackled with difficult questions by the Judge, and have to formulate an answer on the spot. 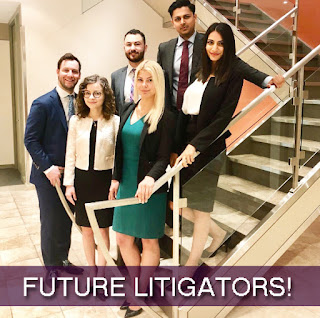 Similar to mooting, having to speak in front of a Judge, Master, and others is common in litigation. The summer students at McCague Borlack LLP have attended mediations, discoveries, motions, and pre-trials, with the associates to learn various litigating styles.

Having experience with moots helps to know whether you will enjoy litigation. However, if you do not have mooting experience, that is okay!

Exposure to the Courtroom

As an extern at the Michigan Court of Appeals, I spent a few days at Court observing litigators. During those few days, I sat quietly at the back of the courtroom and watched both Judges and litigators converse, trying to come to a resolution for the legal issue at hand. After I completed my externship, I knew that litigating is something I wanted to pursue in my legal career.


by Anisha Bhardwaj
Email ThisBlogThis!Share to TwitterShare to FacebookShare to Pinterest

A front row seat to a human rights hearing

From day one at McCague Borlack, I assisted an associate with different aspects of a human rights matter. After researching case law, drafting a witness statement, and compiling a book of documents, I was excited to finally attend the hearing at the Human Rights Tribunal of Ontario. 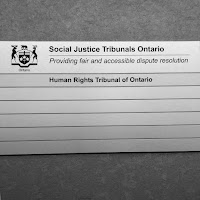 The Vice-Chair initially proposed the option of participating in a mediated adjudication. This is a quicker way to negotiate a resolution that gives parties more autonomy over the terms. Although we were not successful, the terms discussed would not be brought up at the hearing.

At the hearing, the Vice-Chair determines whether the applicants had their rights infringed and if so, what the appropriate remedy is. To start off, an agreed statement of facts saves time and avoids producing the same documents multiple times. By weeding out the non-controversial facts, the focus of the hearing is on the divisive issues. However, agreeing on the facts is a negotiation exercise between lawyers.

The Vice-Chair’s decision is based only on relevant information at the hearing. This is presented orally through witnesses’ testimony and documentary evidence.

Relevance is based on two factors:
Over the two-day hearing, I observed three witnesses engage in examination-in-chief and cross-examination. These are my three takeaways: 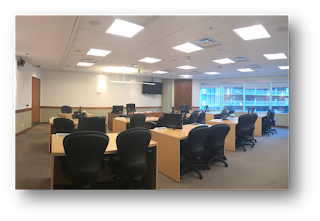 Since this hearing was extended by another two days, I was not able to observe submissions and closing arguments. The outcomes of the hearing can include a dismissal or a remedy in the form of a monetary award or order. Ultimately, the Human Rights Code is meant to remedy an infringement of human rights, rather than be punitive. Tribunals commonly “reserve” their decisions, so this decision will likely be released on CanLII in Fall 2018.