A Day (or Six) of Discoveries 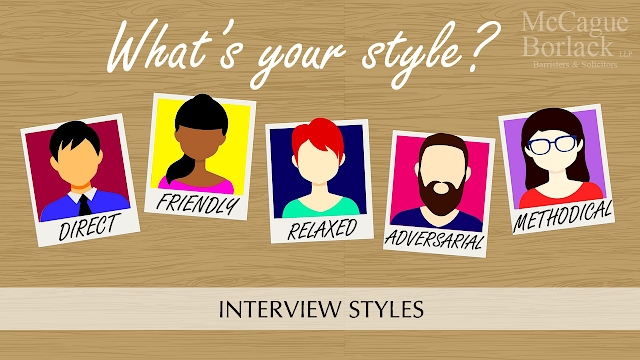 In July, I had the opportunity to attend six days of Discoveries on a product liability file where millions of dollars were in dispute. Discovery is a court-mandated fact-finding process where lawyers question experts, witnesses, and parties to the litigation. For those six days, it was my job to take copious notes while the lawyers for the plaintiff and eight defendants questioned a new product expert or manufacturer each day.

The lawyer for the plaintiff would be the first to ask questions, followed by the other eight.

"Watching that many lawyers for six straight days displayed the different types of interviewing styles."

Some were very methodical and did not like the witness to veer off topic when answering, while others were game to go down tangents and rabbit holes. Some were super friendly, and one took a more adversarial approach. All were very effective and showed me I can find the style that best suits me.

The questions showed me that you can never assume anything, no matter how small or seemingly obvious the detail. Evidence needs to be built on the record layer-by-layer so that there are no gaps or inconsistencies. For instance, in this case, we needed to know if one of the defendants had read the warning labels that come wrapped around a product in a certain year. But the first question cannot just be, did you read the warning labels? Maybe it was once their job to unpack the product, but maybe they did not work at the company until the year after the product in question arrived at the warehouse.

First, the witness would be asked, about their work history. This showed us where they were in a given year, and if they were in the department or job that would have put them in contact with the parts at the time we cared about. Then they would be asked about their responsibilities in the role, to see if they actually had contact with the part. Next, they would be asked about how the product was packaged. We knew that they came in boxes of six, but the witness would need to describe that, so we would know if his recollections were accurate. Then they would be asked about the packaging, what was on it, if it was removed from the sleeve that contained the warnings when sold, and on and on. After getting all their recollections on record, the lawyer would bring a photo of the warning up as final confirmation from the witness that they had seen it. This whole line of questioning could take 2-3 hours, just to find out if they had seen the warnings. But this way, we knew they were in the right place at the right time, and it was confirmed by both oral testimony and evidence.

As a note-taker, you’re also playing an essential role. Not only are you recording the evidence, but you are also in charge of tracking undertakings. Undertakings are requests for information and documents from one lawyer to another. They can range from contact information for a witness to company reports and specifications. It is very likely that you will be asked to draft a chart of all the undertakings, so it is essential you listen for the words, “council, can I get an undertaking for…” because that is your cue. I learned quickly that just because you request it, does not mean you’ll get it. Usually, when an undertaking is requested, council will respond with “best efforts” – meaning they will do their best to produce it. But sometimes, they will refuse and explain on record why they are doing so. It is also your job to record these responses.

If you have the opportunity to attend multiple days of discoveries, I highly recommend you take it. A one-day attendance gives you an idea of what Discovery is. But attending multiple days shows you how evidence is gathered, how strategies change as information evolves, and all that time working with one lawyer is a great relationship-building opportunity.