Motions in Motion: The Journey from First Assignment to Final Product 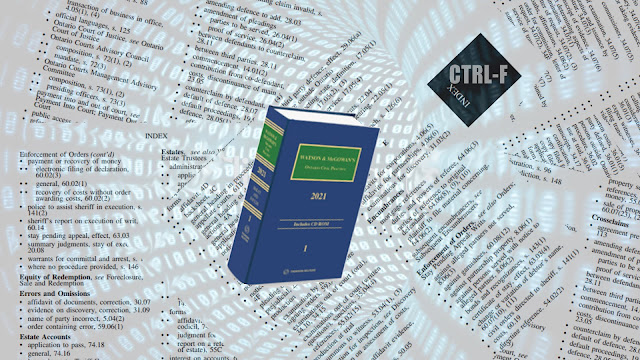 For my first assignment, I was asked to prepare materials for a Motion to Strike. I felt ready. I took Civil Procedure in my second year of law school, and I had my “Rules of Civil Procedure” blue book handy.

Side note: During these pandemic times, I’ve decided to communicate by phone vs. email as much as possible to build connections within the firm. It is nerve wracking calling up a senior lawyer, but it saves emailing back and forth.
"I also found a phone call often turns into a friendly chat, and I’m given interesting facts on the file."
So for my first assignment, I gave the assigning lawyer a call. After taking copious notes during the call, I felt like I had all the information I needed. So I opened a word document to get started and immediately realized I didn’t know where to begin. I had never done a Motion to Strike, and what was an equitable set-off?

I realized my first step should have been to ask for a precedent. So I reached out to the assigning lawyer, and to the firm lawyers’ email group. Finally, for this very niche issue, I also turned to WestLaw. I found a few motions to strike an equitable set-off and the accompanying factums of both the plaintiff and the defendant. Reading both sides of the arguments gave me ideas on what to argue in my own factum and how to craft and anticipate the opposing side’s response.

My second step was to read the rules which also provides the most relevant caselaw, and I found a case to use in my factum. The Index was also helpful because it is like a little cheat sheet that compiles everything I need about the topic in one place. It’s basically CTRL-F for books.

After reading the rules, I pulled out my “Annual Survey, Forms, and Other Materials” book. This provided the format and language of all the civil court documents. Sure, I could have Googled it but then I would need to know the exact terms to search for.

After all this research, I could finally start drafting. It took a couple drafts back and forth with the assigning lawyer to get it right, but when I did, it was rewarding!

A few weeks later, I received another assignment to draft default judgment materials. Although it was a vastly different subject than my first motion, the experience of doing just one made starting this next one much easier. I read the rules, checked my book of forms to see what a default judgment looked like, and started writing.

I gave it a final once-over and it was *chef’s kiss* good in my humble opinion. I sent it off to the assigning lawyer. I moved on to another task, riding that high of finishing an assignment ahead of time.

*Ping* - A few hours later an email comes in from the assigning lawyer – great job he says! But, one problem, it is a small claims file, so it needs to be on their forms.

I laughed out loud at myself while reading the email. During orientation, more than one lawyer told us an error students often make is missing the jurisdiction of the matter which changes the forms and requirements needed. At that time, I promised myself I would always check jurisdiction and not make that mistake.

And remembering the other advice from my mentors, summer is a time to learn, I decided not sweat it.

So I quickly went and searched the forms and rules of small claims court (which are also in the blue book). Fortunately, most of the work I had done was still necessary, so I made my edits and submitted my changes.

One thing I do know is lessons stick better when I’ve learned from a mistake, so I won’t do that again. (I hope ;)