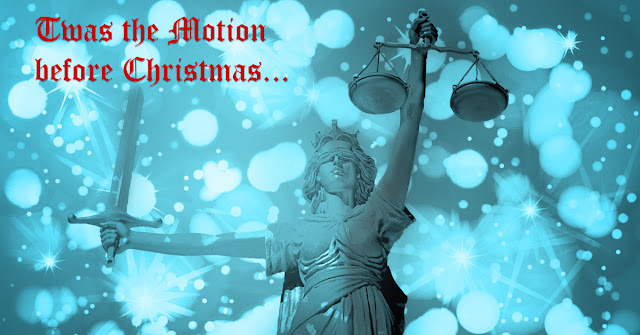 
"Just my luck... December 24th was the only free date available
for oral argument before the new year."