The most common advice I received since entering law school has been to be a team player. The phrase “a chain is only as strong as its weakest link”, became more cliché every time I heard it. I knew that teamwork would be important, but I had no idea how valuable cooperation and comradery would become.

The seven of us students, five in Toronto and two in Ottawa, began our first-day meeting in a boardroom. “Good morning”, we all echoed. Our team had met after months of anticipation. Together we learned about docketing, motions, research and everything else we need to know in order to successfully “McCague”. Lawyers entered and left our progressively less nervous boardroom to teach us new lessons - leaving us with knowledge, wisdom, and mostly, lots to think about. I learned quickly that the team I envisioned was composed of more than the summer students battling the tasks thrown our way. Everyone at the firm has a different, but important role, we rely on each other and succeed together.

After training, we received our first assignments, and naturally had lots of questions. We freely turn to each other for input and advice — without which, we would be far more confused and less productive. While we have a great support system amongst ourselves, we save the tougher and substantive questions for the lawyers, especially the ones who gave us the assignments! Initially, I was concerned about asking too many questions, despite being assured that questions are important and encouraged. However, once I spoke one-on-one with more of my colleagues, my concerns disappeared. I learned from various lawyers that asking questions is imperative to producing quality work efficiently. One lawyer told me that it is a waste of time to sit at a desk staring at the screen and waiting for the answers to magically appear. Of course, she was absolutely correct. 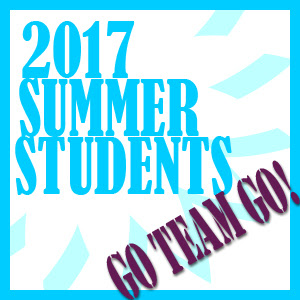 While asking questions is encouraged, I, just like everyone else at the firm, still respect my colleagues’ time. Consequently, I try to never ask the same question twice. To accomplish this, I write down all the tips and explanations I am given. I now have a collection of notes with instructions from others pinned on the walls around my desk. By the end of the first day, I created an excel sheet with the instructions I was given for each task. Following the spirit of the firm, which emphasises teamwork, the summer students have decided to put our notes together and create a database with basic guides to our assignments.

The second week is coming to a close and we already have a variety of assignments to complete. The students have all agreed that one of the biggest highlights of our time so far is the diverse set of tasks that we were given. Drafting initial reports, pleadings, motion records, affidavit of documents, and damages briefs are just some of the new things we are working on, and we love it.