My Experiences at Settlement Conferences

During my time in Law School, I took several negotiation and Alternative Dispute Resolution (ADR) classes. In these classes, we experimented with different types of negotiating styles and strategies. Throughout my articles with MB, I have had the opportunity to apply what I learned in school to real-world scenarios and to further develop them in the context of settlement conferences. Accordingly, here are the top five lessons I have learned:

Knowing the ins and outs of your file will allow you to take part in meaningful discussions in order to possibly settle the file. Even if the matter doesn’t settle, I have found that knowing your file well will allow you to ask the right questions, enabling you to fill in any gaps of information in the file, which will assist you in the long run.

Put your Money where your Mouth is

The ultimate purpose of a settlement conference is to settle a matter. This will not be possible if one attends without the authority to settle. This is why it is critical for you to attend with settlement authority or with someone who has such authority. Interestingly, Rule 13.02 of the Rules of the Small Claims Court requires the party and their representative (if any) to participate in the conference either by personal attendance or by telephone/video conference.

Managing client expectations can be critical to maintaining a positive ongoing relationship with the client. I have found it fruitful to take some time prior to the settlement conference to speak with the client and go over what to expect such as the risks of going to trial and the weaknesses of the case. This discussion can make settlement much more likely to occur. For instance, when discussing the potential issues when enforcing a judgment, a client may prefer $5,000 immediately as opposed to expending further resources to collect $10,000 over a period of time. 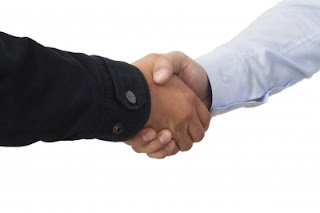 I have found that this method works well for me and has led me to obtain successful results. This form of negotiating refers to uncovering the deeper interests/stakes of the parties so as to allow for a more meaningful discussion. The famous “orange” example demonstrates this model of negotiating. Specifically, two individuals are fighting over an orange. As a form of resolution, the two individuals simply split the orange in half. On the surface, this appears to be a fair deal. However, if the parties had taken the time to uncover their true interests, they would have realized that one of them only wanted the orange peel for its zest and the other wanted the orange for its juice. Had the parties employed this method they would have each gotten 100% of what they wanted rather than just 50%.

Live to Fight Another Day

I have found that sometimes a file is simply not ready to be settled. Perhaps all necessary documentation has not been exchanged or another issue has come up such as the spoliation of evidence. Therefore, rather than attempting to force settlement and risking an unfavourable settlement, it may be a better idea to obtain consent of the parties and adjourn the matter to a later date.