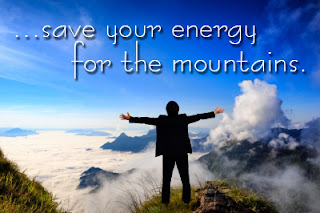 Don’t make a mountain out of a molehill.

This is one of those easier said than done types of things. What exactly does this mean? To me, it means attributing the proper amount of work, time and energy to the appropriate task and avoiding getting trapped in your own mind when it comes to new tasks or ones that on the surface, appear to be frightening, such as attending your first motion.

Don’t psyche yourself out.

Many people will tell you that it’s ok to be over prepared. While I generally agree with this, there are certain limits you can learn through experience. For instance, how many times should I rehearse my opening address to the master for a motion on consent? In fact, I had this very issue... I spent the night before a motion rehearsing over and over exactly what I was going to say in hopes that I would avoid making any mistakes. The more I rehearsed the more daunting the task became and I built the motion up to be a massive event that consumed my every thought and emotion until I was able to speak in front of the master.

The funny part about this is, after all, that practice, stress and being about as nervous as an articling student on their first motion could possibly be, before I was able to start my spiel, the master said; “This is on consent, right? Can I see the order?” Just like that, the motion, the very same one that I had spent so much time preparing for, was over before I could even say my name.

Know where to draw the line.

Being adequately prepared for anything is definitely very important. It may seem obvious to say, but being underprepared is not the idea I’m trying to convey. What’s important is finding that sweet spot between knowing when you’re sufficiently prepared and not becoming too immersed in the task so as to let it seem like an obstacle in your mind that is preventing you from being able to relax.

Through experience, I have gotten better at properly attributing the proportionate amount of work and preparation required to the nature of the tasks I am given. I have also realized it is usually when there is the element of the unknown at play, where I begin to over-prepare. It is important to not let the fact that it is your first time doing a particular task overshadow the idea that the potential task may be very simple.

The basic takeaway from this is that through experience, we should learn how to reserve our efforts for the tasks that are actually “mountains” and get better at distinguishing them from “molehills”. Plus be aware our minds are capable of playing tricks on us and making tasks appear to be more difficult or daunting than they actually are.