Life Outside the Office

With two months into my articling term, instead of writing about some of the amazing experiences I have had thus far, I have decided to write about something that has allowed me to make the most of these experiences—and it is not related to work! In fact, it has to do with “life” outside the office.

Yes, the topic of work-life balance may seem a bit cliché, but, in my defence, it is something that is far too often preached but seldom practiced. Fortunately, at MB, with effective time management, it is a totally achievable feat.

Outside of work, I regularly participate in Mixed Martial Arts (MMA), spend time with my friends and family, and still try to make it to the gym at 6:30 a.m. on a daily basis with Mahdi, another articling student (still trying to get the others on board). At the same time, I have been successful in managing my workload and the stress that is associated with articling.

Admittedly, these activities have bettered my experiences at work. For one, I feel that I am much more productive while I am at the office. Additionally, I feel more energized throughout the day, which allows me to stay focused while working on a task.

Many other individuals at MB participate in interesting activities outside the firm. The perk of this is the unique blend added to the firm’s overall culture. Here are a few samples below:

Other than being in a band up until the summer of 2015, when he is not in the office, Michael likes to spend time with his friends, snowboard throughout the winter and spend time with Elsa. Michael believes that as a successful lawyer, there will always be more work than one has time for and that the key is to learn to prioritize.

Eric has been writing and performing comedy for over 10 years and has done performances in Chicago, Montreal, and across Ontario. In 2012, Eric was part of a group that was nominated for a Canadian Comedy Award. Today, Eric is a regular contributing writer to a satirical online newspaper. He says that these experiences outside the office let him explore creative expression in other areas, which coincidentally help him master the skills that come up regularly as a litigator!

When Sandy is not in the office, she selflessly makes it her mission to volunteer and give back to the community! Ultimately, she decided to combine her love for dogs and working with the elderly. So naturally, she picked St. John Ambulance. She and her beloved Cheyenne (yes, I said “Cheyenne”) visit at long-term care homes, Bridgepoint Rehab Hospital, university, and colleges, attend fundraisers and soon they will be part of a team visiting travelers at Toronto Pearson Airport. Sandy says that the work she does outside the firm helps her with meeting the daily demands of her job at MB.

Although working at a law firm is challenging and fast-paced, there are many benefits associated with taking part in activities outside of work. However, it is undeniable that there will be times where you will have to make sacrifices due to the nature and the demands of the job. Just remember, there are 365 days in a year and 24 hours in a day, you can definitely spare a few hours on you!

Preparing for the Fastest 17 Minutes of your Life - OCI Interviews

On-Campus Interviews (OCIs) for the firm’s summer student program are around the corner. Here are some tips from the articling students that will help you succeed.

The importance of learning about the firm and how it differs from other firms you will be meeting during OCIs, and the ways in which the firm’s interest match up with your own preferences will be key. Undoubtedly, one of the first questions you will be asked will be: what made you interested in our firm? Or more informally, so why us? Knowing how to navigate this question will set you apart from the other candidates.

During the Interview: The Fastest 17 mins of Your Life 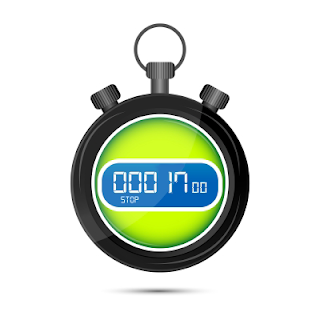 The interview process will last approximately 17-18 minutes. Flows very naturally and in no time the buzzer will ring and you’ll be off to your next interview. Tips to make sure you make the most of your time with the firm?

Have a checklist of things you want to discuss. These will be aspects of your life - be it personal or academic that could not accurately be displayed in your cover letter or resume. Most importantly, and this cannot be stressed enough, be your authentic self. If you have a set of unique interests, make sure to share it. The firm is always interested in meeting interesting individuals and interests are what make particular candidates memorable. No one forgets meeting the student who rides equestrian.

Send a personalized thank you email to each person you interviewed with.

What Happens Next? Summer Student Applications 2016

This blog is for those that applied to McCague Borlack's Summer Student Program. If that was you, Thanks! We think we have terrific opportunities for law students and are thrilled that you are interested too!

We thought this blog would be a great place to give you a complete rundown of the next steps in the Summer Student Application Procedure. So here goes...

We will be attending several Ontario law school campuses to conduct 2017 Summer Student interviews on the dates set out below:

If you have applied, and your school is not listed above, we will contact you to advise whether we wish to schedule an interview with you during the November in-firm Interview Week. 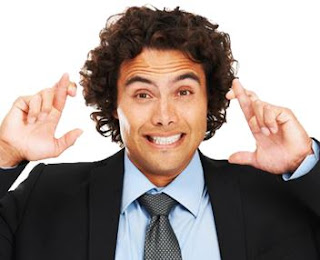 Read up on some of our other Student Blogs to help with your interviews. Search OCIs, fit, interviewing.  Good Luck!